How to Photograph Sparkler Light-Writing This was the most high production photograph I have ever shot for this blog. The explanation is at the end. Ask yourself how you would do this before you read it. Hint: It was done with one long exposure and one person holding the sparkler.

Very likely the most memorable experience you’ve ever had with fireworks was with sparklers. Large fireworks displays are a huge part of all manner of public celebrations, but getting your own little hands on something that’s magically shooting sparks in the dangerous dark is something children anticipate for days—actually all year long. I certainly did.

For all kinds of political, parental, practical, boring reasons the personal arsenal of fireworks I celebrated in my youth will not be enjoyed by my own children and the world will be better, significantly safer and duller for it. (We actually had firefights with bottle rockets. If you are now questioning my parents’ lack of judgement you are not alone.)  But as long as I continue to breathe American air, the annual trip to the fireworks stand will stand as a Kelsh family tradition to be honored.  Sparklers are here to stay and they always offer some incredible photographic possibilities. You can learn a lot by photographing fireworks.

Let’s assume that you want to take sharp, properly exposed photographs like the ones you see here. (I understand that out of focus random shots of blurred color can be appealing but that’s not what we’re talking about today.) So you’re going to need some preparation and an understanding of the whole process.

Here’s every little detail I can think of to help ensure that you succeed. It’s worth it. For many amateurs, pulling this off is one of the great thrills of learning to be a photographer.

(In the interest of full disclosure, the Kelsh boys were each paid two dollars to pose for the photographs you see here. I have found that incentive keeps their attention pinpoint sharp. When Alexander is saving up for a new Lego set he is especially vulnerable. I likely could have gained the same result with a pint of Häagen-Dazs. That’s six dollars—a two dollar savings!) 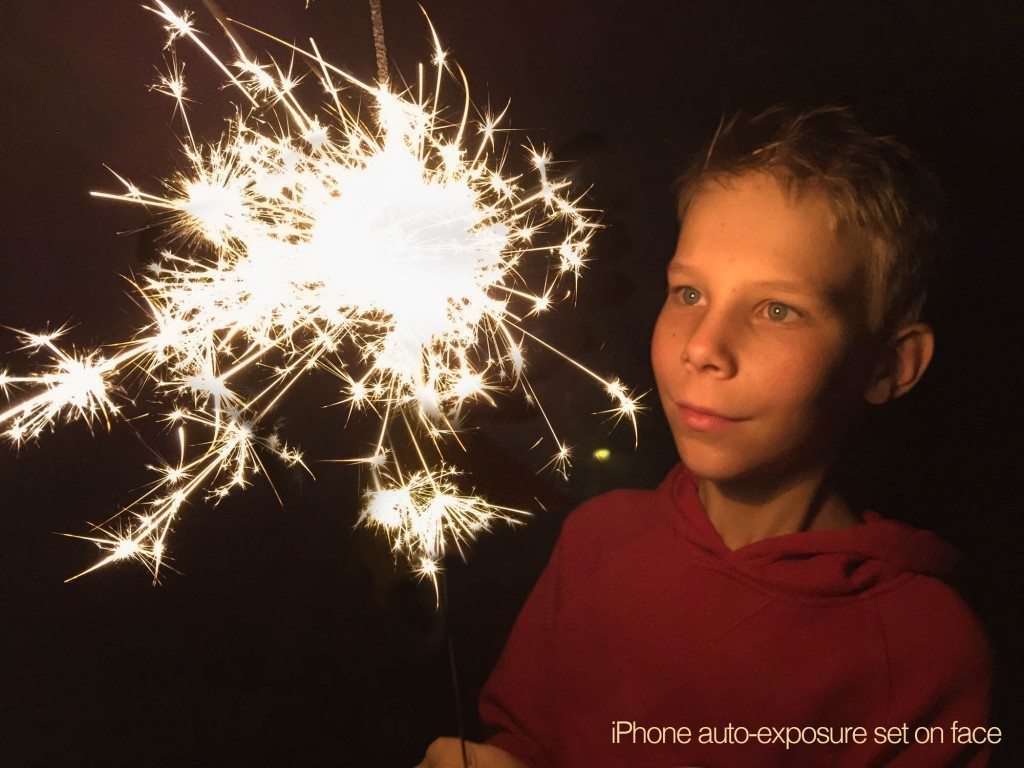 Finally, I went through a couple of boxes of sparklers and four different Manual Exposure camera apps for my iPhone to try and shoot long exposure blurred sparkler pictures. I totally struck out. I’m still in the research and development phase on this one. I did however use the native camera app to shoot this picture of Alexander. I tapped on his face to focus and properly expose for that area of the picture.